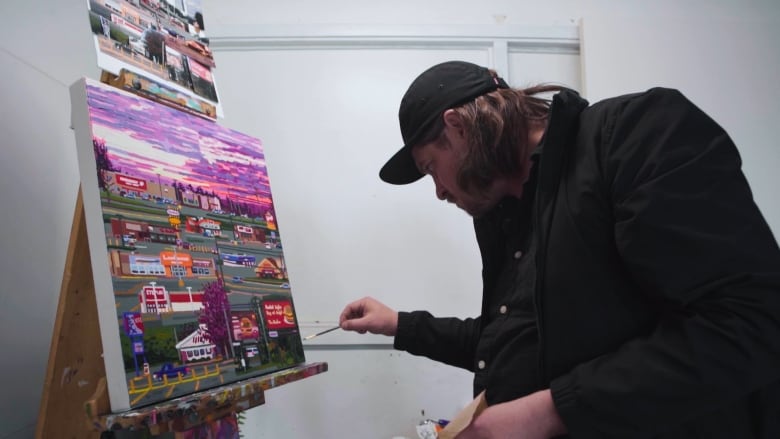 Halifax-based visual artist Jack Bishop paints Canadian landscapes…but probably not in the way you’d imagine. Gone are the shimmering lakes, unspoilt forest, winding rivers and roaming wildlife. In their place: gas stations, fast food chains, strip malls and parking lots teeming with cars. These are the landscapes Bishop grew up in and around — what he refers to now as Brandscapes. He recounts, “I had a friend who called my paintings ‘brandscapes’ at some point. It’s more stuff on the periphery, outside of cities that I’m interested in — the highways and overpasses and gas stations.”

Bishop grew up in a small community in New Brunswick amidst residential subdivisions, a short highway commute through the sprawl of commercial retail centres. This sort of “nowhere” — on the outskirts of large urban centres — became what he was most interested in exploring. “I have a big stockpile of photos I’ve just been collecting over the years and then I’m always adding to it. From those photos, I’ll change them and add them or cut them up and collage them together and that’s kind of where the magic happens for me. Doing the collages — it’s just kind of a way of breaking out of the single frame of a photograph.”

In this video by filmmaker Matthew Brown with help from Zoë Boyd, you’ll meet Bishop as he explores and documents the urban outskirts of Halifax. Back at his studio, you get a first hand look at his unique process of collaging photographs together and building the paintings.

“I guess I like the opportunity for different meaning to be read into it,” he says. “It’s almost like it’s a melting pot that people can kind of pick their own reaction to it. Thinking about it in regards to art history and how it relates to Canadian art or like landscape painting in general — you could think about it commercially or in a political or even ecological sense. To bring somebody over into this world and have that reaction from them, it’s pretty cool.” 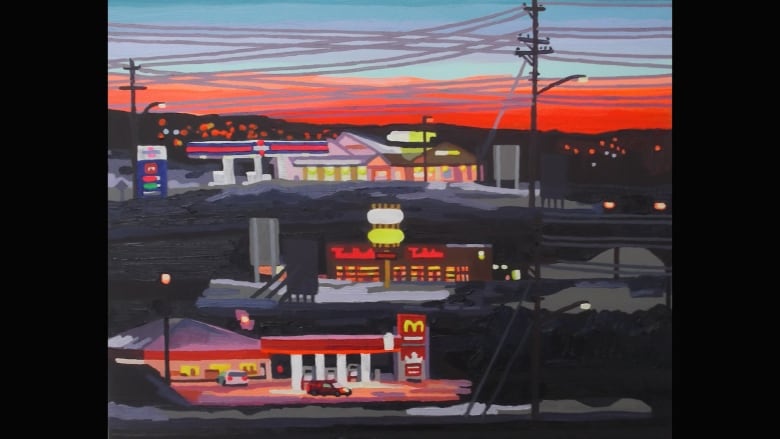 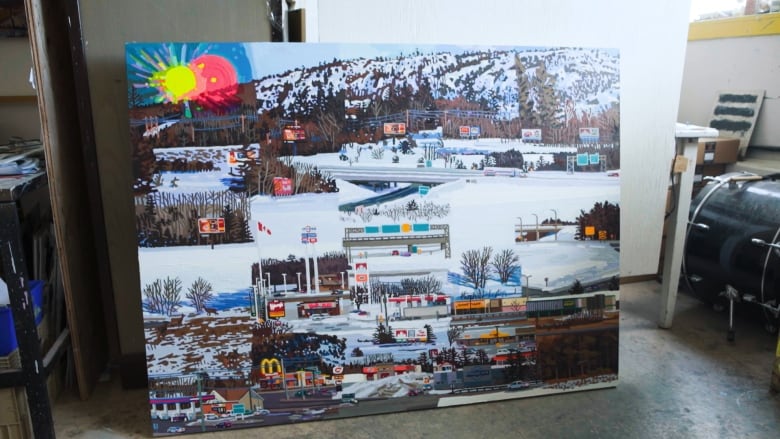 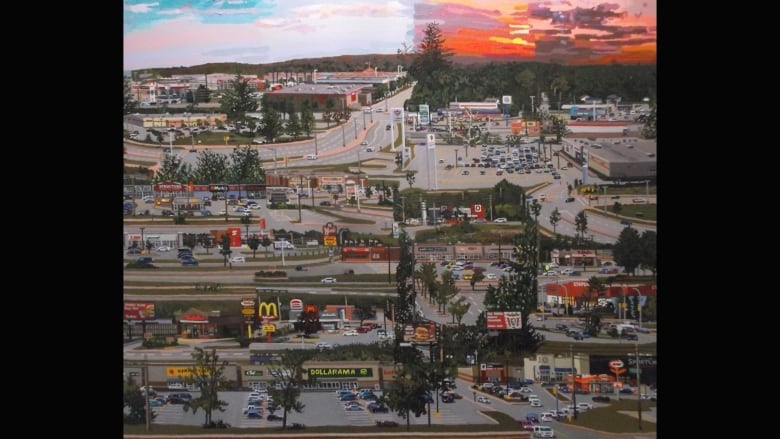